The former three-time Hungarian champion football goalkeeper, József Szeiler, who has played for Ferencváros 162 times, can be a positive example for any athlete: even during his active career, he obtained several qualifications and prepared for the following years his football career. The 54-year-old ex-goalkeeper worked on the Budapest Stock Exchange and was also the managing director of the Football PLC, which operates Ferencváros’ football team, and nowadays he is a successful businessman and store manager.

József Szeiler: “From the beginning of our sports career we must think of our future!”

The next guest of our Legend Stories launched as part of the European Day of Care is the ex-goalkeeper. The European Day of Care program is a big collaborative partnership co-funded by the Erasmus+ Sport Programme of the European Union, an extension of an initiative launched in 2015. Our goal, together with other European multisport clubs, is to highlight the difficulties of transitioning from leading sports to civilian life and to share inspirational stories of those who have succeeded.

Have you become aware as a professional footballer or before, even at the school desk, that over the time you also have to prepare for life after football?

I was a good student from the beginning, for example, I completed the lower grades of primary school with excellent results. I always loved studying; I was calm when I was waiting for the classes. Learning went well later on, although after a while I was only interested in becoming a football player. However, I did not put sports and school ahead of the other, I wanted to do well as a student and on the field. As a schoolboy, I had not yet thought that one day it would come in handy if I did not neglect learning; I also saw it as a task. Rather, for reasons of conscience, I tried to do both well.

You obtained several qualifications during and after your career: you graduated in sports management and had a degree in entrepreneurship, just to highlight two. What motivated you?

When I started playing at Fradi at the age of 15, I met several old players. They were well-known, former national footballers who were a little surprised me that they did not drive luxury cars of those times and did not live on a better level than an average person. Many of them had no education either. It opened my eyes a little bit; I understood that I also had to pay attention to learning, so I tried to take high school seriously. Immediately after graduation, I did not continue my studies; I completed various courses, and first obtained my higher education degree in the hospitality industry. As a football player, I also had a lot of injuries; in 1992 a tumor was found in my body. Luckily, I was able to return to the career after that, but then I realized that my career could end at any time, so I got a qualification at the Budapest Stock Exchange as well. That was a very big thing when I went into the stock market to work, after a bigger derby, everyone just wanted to talk to me. Later, together with the teammates of that time, Attila Hajdu and András Telek, we figured out that it would be good to work in the football industry even after the active years, so we graduated at the College of Physical Education with a degree in sports management. After that, I got a degree in business entrepreneurship at the College of Finance and Accounting and then I also went to Budapest College of Communication, where I got a degree as a business communicator. After a while I caught the machine belt and I applied for various trainings, I also got a professional coaching qualification and a language exam.

You retired in 1998, but two years later took an executive position at Fradi. Did the club help you in your post-sport career?

No. In our time, clubs did not support athletes in their post-career ambitions and I think this was one of the biggest concerns of our age. For example, after my illness, I informed the directors at the time that I wanted to learn, but they did not particularly respond to it. True, I also said that over time I would like to work in a leading position for Ferencváros, since I have been a Fradi fan since I was a child and I would like my whole life to be about Ferencváros, maybe they worried about their positions. Thinking back, it was a very big mistake even in the 2000’s that if someone wanted to continue their education, it was not supported, I am sorry that it haven’t been developed at that time.

However, there are now positive examples, such as Tamás Hajnal, who still studied as an active footballer, and soon after his career he became the sports manager of Ferencváros.

All the tools and help must be given to such players to complete their courses in addition to football, as they will have a good chance to stay in football later, i.e. they will raise the intellectual level of football. The great thing about this is that it has now become a benchmark at Ferencváros. 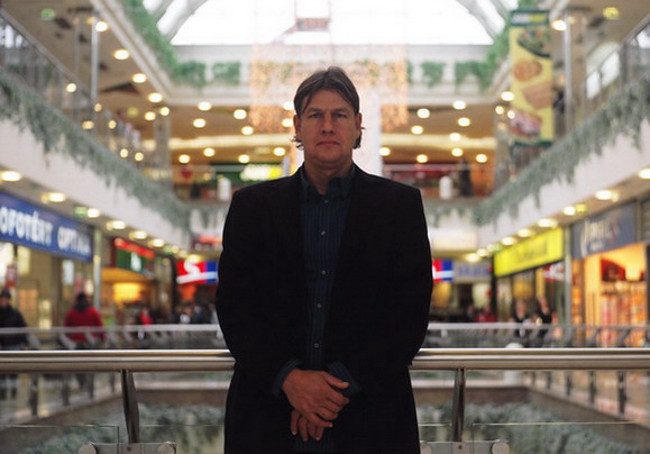 On the basis of your personal experience, what are the challenges an athlete will face after completing an active career?

Even though I was consciously preparing for life after my career, the transition was also very difficult for me, as I ended my career in 1998, at the age of 33, due to an illness. I received chemotherapy at the beginning of the year, so I missed almost a full year, which was challenging both mentally and financially. After that, even the start was very difficult for me in civil life, even though there was no problem with my schools. Club leaders, coaches, and the environment around the team have a big role to play in constantly encouraging athletes to learn, train themselves, it is important to have an idea of what will happen when they can no longer play sports at the highest level.

What advice do you have for today’s footballers and athletes when it is worth starting to plan for the period after the active years?

A footballer has a relatively lot of free time compared to an average person, so it would be important for them to start doing something at least 4-6 hours a week early in their career. Learning a language or even learning about computer skills related would make sense. It is very easy to get comfortable with the fact that they have 1 or maximum 2 trainings per day, and then the whole afternoon is free, at that time I also saw many players at Fradi who were although talented but went to the downtown or gambling, though they could have done a lot of useful things. It is worth paying attention to this already at the beginning of one’s career, if they manage to catch the phenomenon in time, then the whole later life may be different and they will be able to think completely differently.