Attila Hajdu could have the chance to work as a head of a sports club, but he found his expectations in the hospitality sector.

Attila Hajdú: “I have never wanted to mix my sports background and the civilian life!” 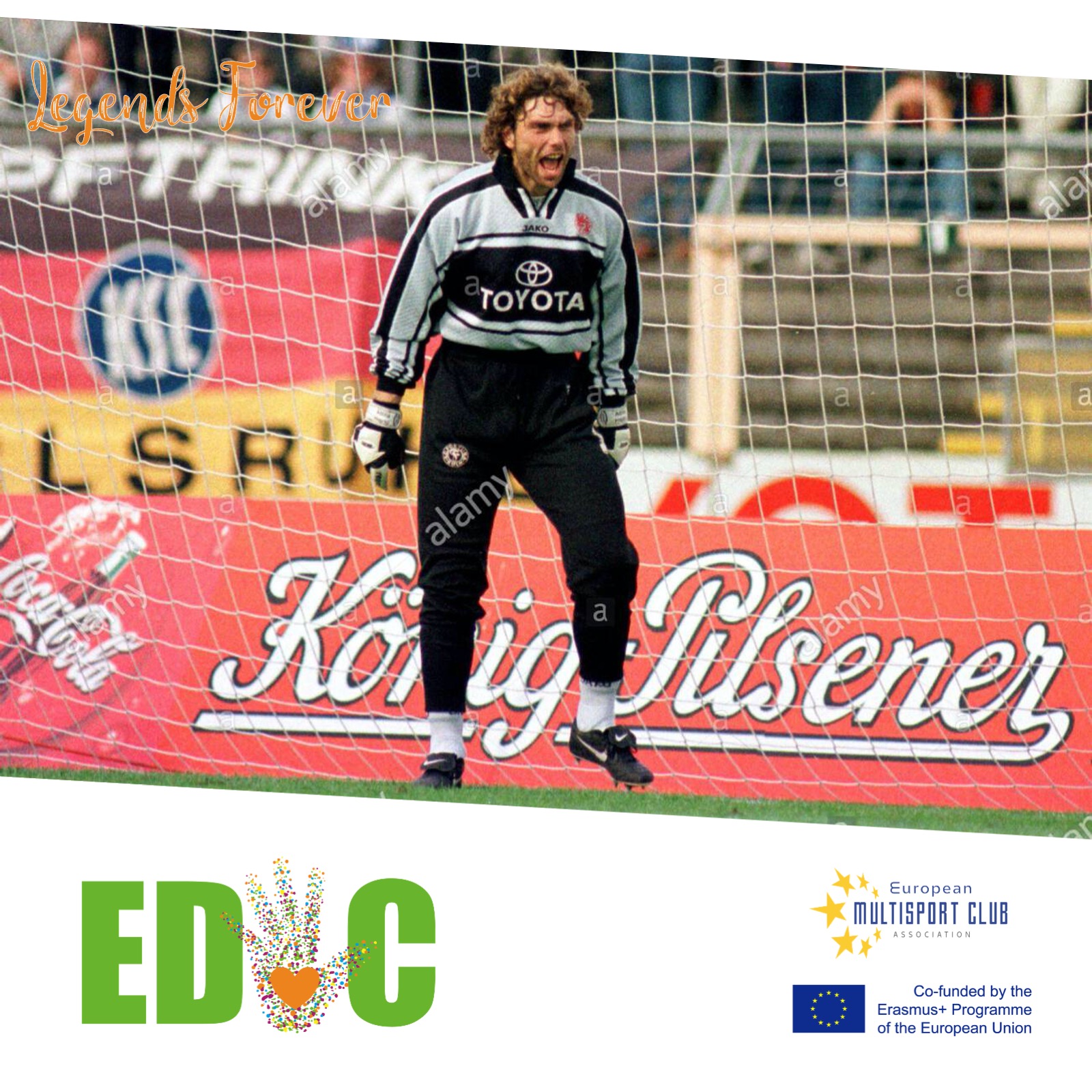 Our fans still remember by heart the goalkeeper of our UEFA Champions League team player, Attila Hajdu, who thought about his future in time: he graduated during his glorious years and later developed a company founded with the help of his mother – in a previously unknown field – he achieved everything he wanted. The next guest in our Legend Stories interview series launched as part of the European Day of Care project is the ex-goalkeeper, who is now known not only as a sports commentator, coffeeshop and guesthouse owner, but also as a winemaker. The European Day of Care project, which is a big collaborative partnership co-funded by the Erasmus+ Sport Programme of the European Union, an extension of an initiative launched in 2015. Our goal, together with other European multisport clubs, is to highlight the difficulties of transitioning from leading sports to civilian life and to share inspirational stories of those who have succeeded.

You were still a professional football goalkeeper when you graduated at the University of Physical Education from sports management – was it your own decision or was it rather a family pressure to get a university degree?

When it first occurred to me after my high school final exams that I should have to choose between continuing education or football, I thought that within a few years it would become clear what my future might be on the pitch anyway, so I would try a sports career, and if it didn’t work out, there could still be a way back. My parents wanted me to continue my studies. The time for this finally came in 1995, luckily my career went well and by then I was already playing at Fradi. Together with my two teammates at that time, Józsi Szeiler and András Telek, we applied to the University of Physical Education – the sports management program was just ideal for us.

At that time, Fradi was fighting for championships and international cup qualification year after year, and you were a stable starting goalie. How did your club feel about going to higher education?

We did the university through a correspondence course, but sometimes it happened that we should have been present at the university and have trainings at the same time. Fradi helped us with everything, absolutely supported us to learn.

Eventually, you became a coffeeshop owner, not a coach, but even during your active sports career.

I listened to my heart when I chose a profession for the post-football years, for some reasons it was always an attractive opportunity for me to open a cafe. In parallel, as I was getting older in football, the idea of ​​becoming a club leader or sports manager once moved away from me. Of course, no one in the family understood where my desire for hospitality came from, as only my maternal grandparents worked in the hospitality sector a long time ago. When we traveled here and there as a player, I was already very interested in how these things work, what the hospitality is like in the hotels we have been to. Maybe it would have been easier to start in the profession I had a recent degree from, but I did not regret it since I’ve chosen a different path. 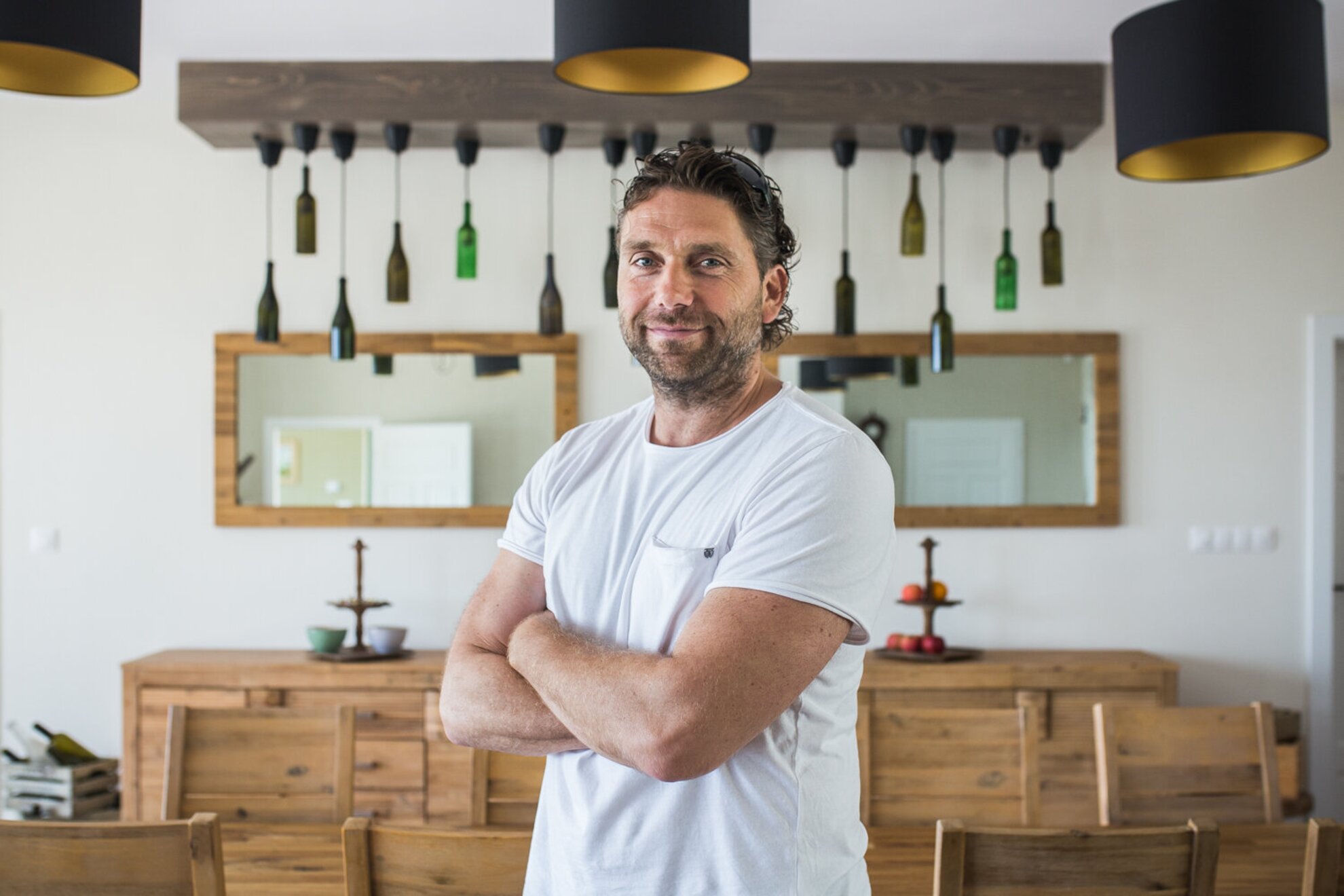 You were the goalkeeper of MTK in the early 2000’s, when you ran a café in Buda in the meantime. How were you able to run a business while still being a professional football player?

At first, I ran a café in Óbuda, which was in the office district, welcoming guests only on weekdays and during the working hours. Obviously, in addition to football and training, this schedule also meant significant extra work for me, often going from one of the cafes to training and returning from training to the cafe, but without having to spend the night or work on the weekends, this did not crossed the fixtures of the matchdays.

Many people are struggling with the transition to civilian life after their sports career, but you may have been in a better position thanks to conscious future planning. What are your main experiences from the period after your retirement?

If an athlete does not start his civilian life in the previously familiar industry, he definitely needs support to be able to assert himself in civilian life as well. Luckily for me, this was given as my mother was foresighted enough – all to this day. Since my father was also a soccer player and later also graduated at the university and became a coach, my mother already knew that this path could lead to pitfalls, so in 1995, when I was totally focusing on football, she recommended to start a family company together because it can be practical over time. Later, this company became the one through we opened our first cafe. This would not have occurred to me, I did not know the background of founding a company, but my mother had top positions in big companies at that time, I could still learn a lot from her in economic and strategic matters. In addition, I think the most important thing is that without humility, diligence and passion, results cannot be achieved, this is true in all areas of life.

Since your retirement, you have regularly appeared on screen as a television expert. You are operating a café in Óbuda, a guesthouse in Balatonfüred and Vászoly, also on the shores of Lake Balaton, close to Füred. You have also appeared on the market as a winemaker in recent years. What is the reason for your success? What is a good example recipe?

The sacrifice, diligence and passion mentioned earlier are my principles. As a footballer, I was not afraid of training, nor am I scared now if I have to work, I have to stand in any field, in any role. Of course, this involves a lot of sacrifice, as the matches are on weekends and evenings, and the company is geographically divided, it has units in Óbuda, Balatonfüred and Vászoly, while I am living in Solymár. What is more, I also have less time than average to develop my businesses, as I spent most of my young years on the football pitch, so this backlog needs to be brought in now. Fortunately my family, like then in football, tolerates this current situation. To compensate the lost years, I need work, work and work. However, it’s easier to make sacrifice for something I love, as I had an old desire to have a coffee shop, my own grapes, or my own wine. It makes me happy to have been able to accomplish all of this. 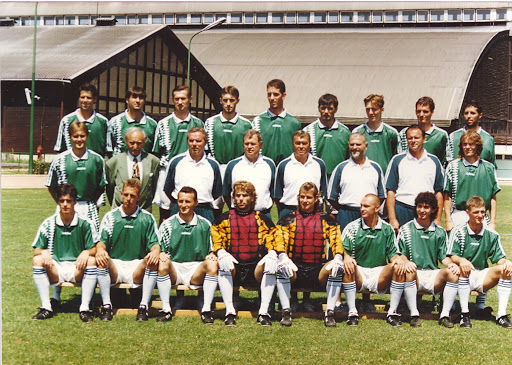 In the time of the coronavirus-pandemic, unfortunately, an unavoidable question: can everything what you have built up with hard work be in a danger today? How can your units survive the current situation?

Indeed, nowadays, from an economic point of view, the biggest losers of the current situation are two sectors closest to my heart, tourism and hospitality. In the middle of March, we were also forced to close all of our units. Our only product left is the four types of wine available under the Fürjes brand name, which I fortunately bottled in time after last year’s harvest, so online sales works, it gains revenues for us now. Groups of friends, smaller companies have already ordered from us, who would have stayed in our guesthouses at Lake Balaton during these weeks, we are now working to reach out to other people in order to introduce our product to the widest possible audience.

Have you ever thought of products bearing your name? Ferencváros fans, for example, would be certainly engaged to a wine that hides the name or face of their former favorite on its label.

From the beginning, many people found it strange that I did not want to mix my sporting background with my civilian life. A unit called Fradi Panzió or Hajdu Buffet might have brought sooner and more guests, but I set off in a different direction. Most of our guests recognize me, yet they are surprised when they get their coffee from me or when I welcome them at the reception of the guesthouse. I am glad when a guest tells me afterwards that he is coming back to the guesthouse in Balatonfüred or Vászoly, because it is also run by a person he admired before, but I am happiest if they stay loyal to us because they are satisfied with the services we provide.

Conscious future planning has been a feature of you before – what other plans do you have?

Over the years, we have developed a lot: our company first created the first café from our own savings, and since then we have opened the guesthouses in Balatonfüred and Vászoly, and later in the latter settlement also the small winery. We have now reached a level when our main goal is the thoughtful operation and no longer the further expansion. The next task is to create a staff that keeps this company structure in motion, trying to distribute our forces so that everything works well and the business is also cost-effective. I have to find my role in this, too. We also soon need to think it over where my family and I should relocate our headquarters, as there is currently a lot of energy consumed by constant travelling.