1968 Riihivuori took part to under 20 European Championships (nowadays Nordic Junior World Ski Championships) at age of fifteen. Already at first year she won a gold medal. She took part to junior championships three times collect totally three gold medals and three silver medals with three gold medals in the relay. Her father was the coach until Sapporo Olympic Games. Riihivuori was selected to part of the Finnish senior national team already at the age of sixteen.

In year 1978 it was FIS Nordic Ski Championships in Lahti, Finland. In front of a home audience Riihivuori was ready to succeed well also in individual disciplines: she took silver medal in 5km and bronze in 10km race. After these two successful races Riihivuori skied third leg for Finnish relay team. It was a sunny day and a big and roaring home crowd in Lahti ski stadium. Riihivuori started as a third after USSR and GDR, and raised Finland to the lead. Last leg skier Helena Takalo beat others and Finland won the highly considered World Championship Title. It has been said that this third leg was the best race for Riihivuori during her career.

During her last Olympic Games 1980 Lake Placid Riihivuori was in really good shape. She did well and took two silver medals in individual distances. After two years in FIS Nordic Championships in Oslo she won the medal from every individual distances: two silver medals and one bronze. After this season she stopped elite-career and next winter she gave birth for her first child.

Already during elite-career Riihivuori worked for City of Tampere in sport department. She had to take off from work for training camps and competitions. After the successful sports-career she has taught hundreds of children to ski alongside other work.

During her sports-career Riihivuori was awarded as a Best female athlete of the year in three times in a row 1980-1982. Ministry of Education and Culture awarded the prize called Pro Urheilu / Pro Sports to Riihivuori in 2005. After third win in legendary Holmenkollen ski festival in year 1977 Riihivuori was awarded to Holmenkollen Medal which is Norwegian skiing’s highest award for competitor. After Lake Placid Olympics 1980 Riihivuori got award called Taistelijan Malja, the personal award from President of Finland Urho Kekkonen. 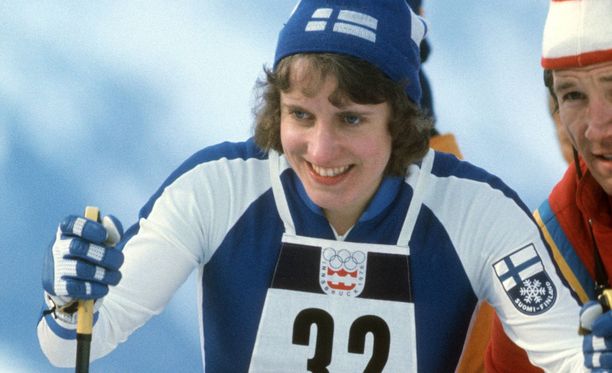 How your sports-career ended and was its easy decision to move forward?

It was clear for me from a young age that I`ll stop skiing at the age of 30 and move forward to family life and working for full time. After season ´82 I gave birth for my first child in December and second child followed few years later. So, life changed a lot but I have not stopped skiing and running for my own fitness. Many said to me that I should do a comeback, but it was not a choice for me. I did my best in sports-career and it was time for something else.

How did you choose your profession and what was it?

Also, this was clear for me from a young age that I want to work with physical education and fitness. I had run sports camps already in my youth and felt that this could be my thing. I attended many courses for the physical education instructor and got the job from the City of Tampere. During my elite-career I did my exercises before and after the workday and took off from job for the training camps and competitions. Basically, we organize sport and fitness courses for people of Tampere and sometimes got a chance to guide the courses for kids and young people. I am thankfully for City of Tampere for the job, it was a great place to work during elite-career and after that.

What do you think about a dual career for athletes nowadays?

I think it is wise to work or study something if possible, during elite-career. It is good that federations like Finnish Olympic committee work for it that it is possible to combine studies and trainings. For athletes should offer athlete-friendly studies also after career and thus make it easier to move to post-sports career.