Hello! I’m Ana Catarina Agulhas, I have 18 years old and I’m from Montijo. I started practising sport when I was three years old, and in 2013 I have signed up for judo at a local team. In 2017 I moved to Sporting Clube de Portugal, where I’m still an athlete today. Regarding my sports career, I am a psychology student at ISCTE – University Institute of Lisbon. 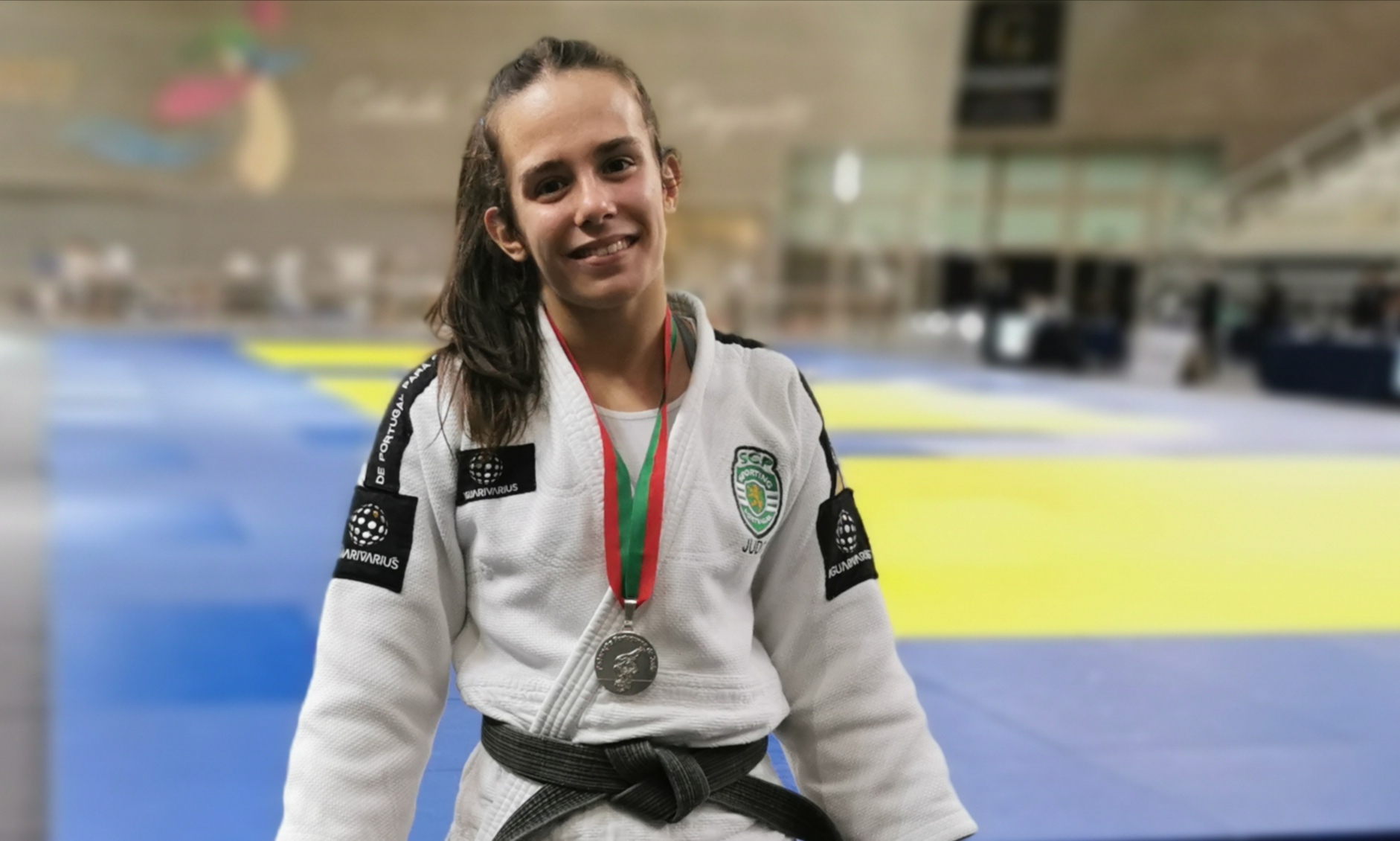 What does sport mean to you?

Sport is very complex and it’s already part of me. Although physical capacity is the key factor of the final result of sports practice, there are other factors equally important, such as mental ability or, even, respect and other values. Above all, sport should be seen as a form of entertainment, both for athletes and spectators. For me, through judo, we can learn some moral values, such as friendship, self-control, courage, courtesy, honour, modesty and sincerity. Finally, an amazing team spirit is also developed that helps us to evolve as athletes and as humans.

How and when did you become interested in sports?

Since I was a kid, my parents encouraged me to be active, whether it be running to get to the playground, or something more serious, like having three and a half hours of rhythmic gymnastics with just six years old. At the same time, the fact of constantly seeing great competitions of various sports, such as athletics, judo, gymnastics, etc., and having some sacrifice spirit, aroused my interest in playing sports at the high level.

When did you realize that you could have a sports career? And how did that make you feel?

Around 2013, when I started practising judo, I was in the 6th grade, the year of transition to a new school, where I would be required more responsibility and organization, something I did not have much. I have noticed that, in addition to being a little sociable person, I also had low self-esteem and some lack of self-control, as I could not accept defeats very well. As such, I was suggested to try a judo class…and I loved it! In addition to meet incredible people who helped me from the first moment, there I’ve found a great team spirit because there was a group of people always ready to have my back, something that I had never been part of before! Besides and above all, we all had one goal: to be better and better, training after training. It was necessary to have objectives, a lot of organization and discipline, in order to best combine sport and school. At the same time, the fact that I always wanted to be the best in all games since I was a child or that I didn’t accept defeats so well led me to wake up the sports bug.

Do you have a different life routine to prepare yourself for competitions?

It does not change much, except in the week of competition. Once I practice a combat sport and competition are based on weight categories, we ended up having to make some restrictions in the days before the competition – which makes us have special care with the sleep quality, reducing the hours of study so that there is no overload… However, despite studying less hours these days, I try not to question my performance and achievements in school.

How is your training routine? How do you reconcile sports life with school and family /social life?

I have judo training 5 times a week, 3 hours a day, and gym training 2 to 3 times a week. In fact, it is quite difficult to reconcile a sports career with academic and social life. However, the fact that I know that each thing has its time, makes me make more of my day, taking advantage of all my free time to study and catch up on the materials. However, such an organization has left my social life behind. I cannot count how many times my friend has invited me for dinner and I couldn’t go. But it’s not something that makes me sad, because it’s the only option to achieve my goals and reconcile everything in my life. Especially having a good performance both in school and in judo.

What was your best moment as an athlete? How did you feel?

It was when I medaled in the European Cup, back in 2018. It was a very important event on the world junior circuit. It was a competition for which I went without pressure and also the fact that I believed that in a draw of 30 girls I could be part of the group of 4 medals. Such a mentality led me to believe one hundred percent in me and my trainer Joana Ramos. Above all, I felt fulfilled, because, on that day, I had overcome all fears and insecurities and I believed that I could medal and do the minimum for the European. 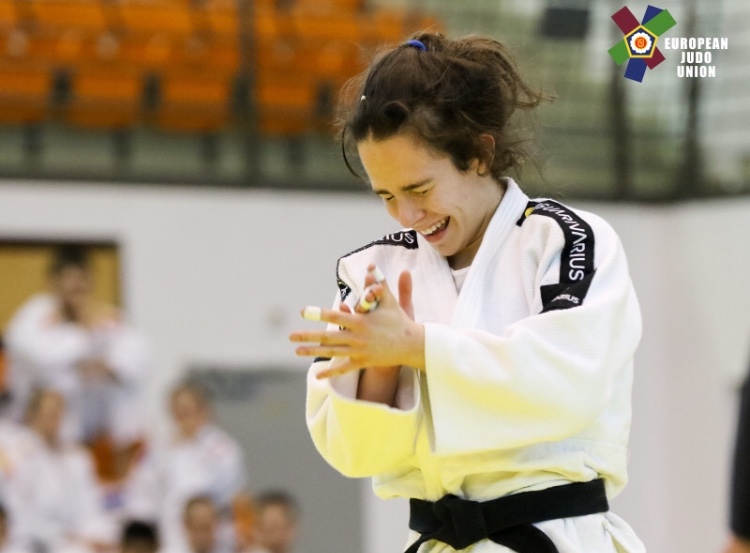 What was your worst moment as an athlete? How did you feel?

I do not consider it to be my worst moment since all failures are behind learning. However, the fact that I had a surgery on the knee, in 2018, (the year that had been at my peak shape) and that, consequently, prevented me from being present at the World Cup that same year, maybe it is, for me, my worst moment as an athlete. However, the recovery from that same injury was quite enriching, maybe even more than an intensive year of judo training. Although I was not training, I managed to grow a lot as an athlete and as a person. I learned the meaning of being patient and resilient. I also met incredible people who were great examples for me in the world of sport, as was the case of Naide Gomes, who became a great friend and confidant. At the same time, I also learned from this injury several ways to protect my body from possible injuries. As such, I can say that, despite having been away from competition and the world of judo for a year, I managed to evolve a lot, starting to value small gestures and details, which before went completely unnoticed, such as, for example, knowing how to say not a workout, taking the opportunity to rest and set goals in the medium and long term.

What do you plan to do when you finish your career as an athlete or how did you adapt to “civil” life?

I intend to continue in contact with the sport, at the level of refereeing, but, above all, I aim to have a stable professional life in psychology. Only then I will be fulfilled. Despite I am only 18 years old and not having a concrete idea of what my life will be in 20 years, I hope to have all my goals, both professional and sports, accomplished. At the same time, I have a great dream of being able, at the level of psychology, to help children and adolescents who go through complicated moments in their life and, above all, to listen to their stories and learn from them.

What advice would you give to young athletes who are starting their sports careers?

Never give up on your goals no matter how difficult they may seem. Believing in your dreams and working to achieve them allows you to establish a balance between sport and studies. Define medium and long term goals, as well as strategies for achieving them, by talking to your coach. Finally, it is important to set priorities and know what you really want in the world of sport. Being ready to listen and willing to learn is also very important.

Any particular story or example you want to mention?

I think my middle name should be resilience (laughs). After a year of pause, due to a serious injury to my knee, an injury that made many athletes give up of sport, namely, my coach João Pina, two-time European champion, I managed to compete again and medal in the 2019 national senior tournament. And they ask me why I tried again. It’s simple, it’s called persistence. Thanks to the amazing effort help of my physiotherapist Naide Gomes, I was able to return to training as much or harder than before. But, going back a little bit in history … It all started, when my coaches gave me a week of vacation, after an intense preparation for last year’s European junior tournament. However, out of stubbornness and because it was the birthday of a great friend of judo, I decided to go and train and give up my vacation. Result: after a training and coming from a big weight loss, a bad defence of a technique prevented me from being present at the World Cup in the Bahamas, since I had a complete rupture of the ligament anterior cross of the left knee, being, consequently, one year away from the world of judo. However, with this injury great teaching was also associated, that rest, which we athletes so despise, is as or more important than the training itself. 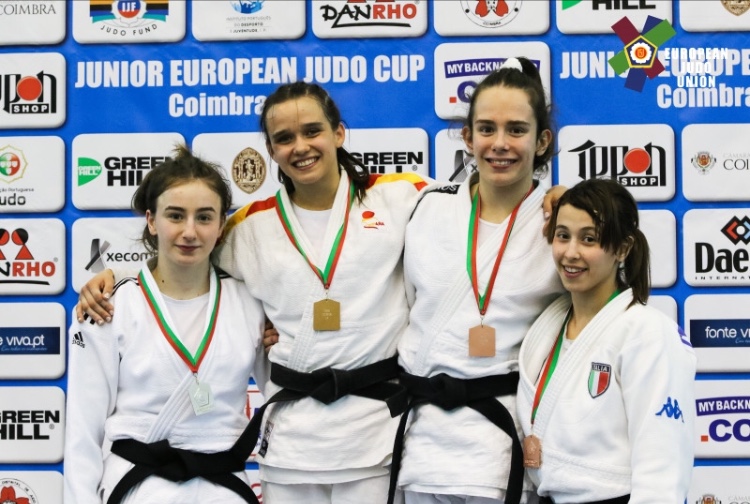