Challenge of Changing Careers in the Experience of Oliver Martinov. This interview explains how the top rower adjusted in the business field.

Oliver Martinov was born in 1975 in Zadar, where he started rowing in the Rowing Club Adriatic. There he achieves his first rowing successes. Since October 1997 he has been a member of HAVK Mladost where he achieved his greatest results. In 2010 he finished studies in the field of physical preparation of athletes at the Faculty of Kinesiology, University of Zagreb. He stopped rowing in 2007. From January 2008 to September 2015, he worked at VELPRO in the wholesale trade of the KONZUM chain, as key account manager (HoReCa, R.H.) and sales manager (HoReCa, Zagreb region). Today he works at Gastrobit Grc Group Ltd. as a key account manager.

He achieved the track record and is the current World Cup record in two races, at one of the most prestigious regattas in the world in Luzerne, 10/07/1999, 6:18.48, together with Ninoslav Saraga. Until now the two of them hold the record for the longest duration. He was senior Croatian champion for twenty times. He was named the best athlete in Zadar (Zadar Gazette 1996 and 2002), winner of the annual Franjo Bucar Award in 1999, a member of the team of the year by Croatian Olympic Committee (HOO) in 1999 and 2001, and in 2002 received the Zagreb Sports Union Award for success in 4+. 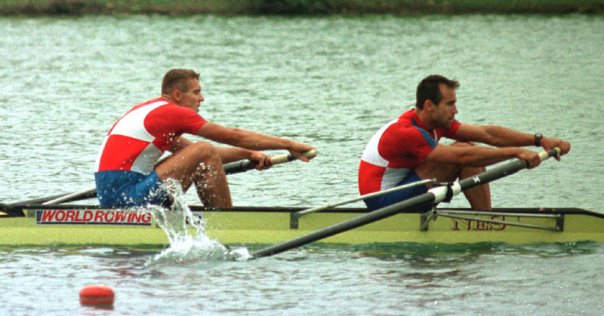 An interview with Oliver Martinov

How did your sports career end and your new business career start?

At the age of 32, after the birth of my second child, I felt it was increasingly difficult for me to keep my performance at the level required in top sport. This was primarily due to motivation and the passion in the boat on the race itself. The priorities started to change and the only right thing to do was follow that urge. I decided to end my sports career and find a job. At that point that was everything for me, just not an easy choice. I believed that if I transferred the acquired virtues and qualities from the sport, adapting to any job would not be a problem.

I applied to Human Resources at Agrokor (largest food chain in Croatia) for a position, and they channelled me to VELPRO Center for a warehouse position since I was completely without work experience and had not yet graduated then from the university. From the top athlete level, I got down to a warehouse job. A blow to my ego, but also a new challenge for me, who as an athlete was used to winning and out mastering various challenges. I quickly adapted. I got hold of everything I needed and after a month I was collecting orders for HoReCa customers, and after five months I went through the cycle of getting to know the different business sectors and came to the position of key account manager in the HoReCa sector, and also graduated then. My career further led me to CAPRICORNO, then ATLANTIC GROUP and now to GASTROBIT GRC Group where I am in the position of key account manager.

In which company did you gain most for your business career?

Agrokor and Velpro were important as a start, but I would particularly like to point out my time in ATLANTIC GROUP, in which I further acquired and refined my skills, abilities, priorities… All this further determined me as a manager in the field of catering and supply, as well as a leader in new solutions, both digital and commercial.

Where does innovation in today’s career go?

At Gastrobit- GRC group d.o.o. where I have been employed for over two years I would point out the GRGA mobile app. A mobile application that allows you to order and pay bills within catering establishments. In addition to card payment, the app is very innovative, so you can also collect points, win prizes, invite a waiter, but also send an invoice to a friend who “owes you a round”. The app has already been called a hospitality revolution and is the result of hard work and 25 years of experience from a company known for their SMART & THOR software solutions. One of the leading Croatian ERP systems for fiscalisation and sales tracking for hospitality, retail, wholesale, manufacturing, hotel and accounting and finance 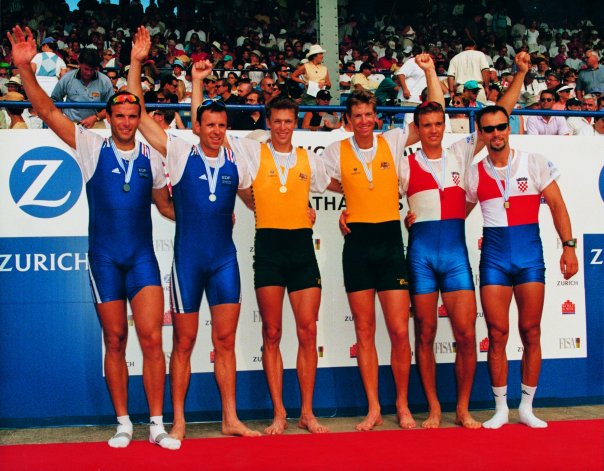 You actually have a real sports family?

My wife has been working at the Mladost synchronized swimming club for 26 years, of which my daughter Eila (15 years) is a member. Ian (12 years) has been training basketball for three years in Podsused, but lately is showing interest in rowing as well. As for my recreation, for just over a year, I trained boxing at K.B.K. Armus. It was great for me to change that way of training that has very little to do with the training I had been practising for over 20 years. However, lately, my hand and heart have been pulling me back to my first love – rowing.

How difficult was it to reconcile education with rowing training?

Everything you do superbly requires a complete commitment, so it is difficult to do something else with the same priority. Rowing is in itself a strenuous sport, and top rowing is only more difficult. With two trainings a day, there is not much time left to learn and prepare for exams. It’s hard, but not impossible. I like to point out the example of Dr. Smoljanović holding a textbook in his hands before each of the races and finals began. It was difficult to balance all the commitments, but I was aware of the need that one day I would have to stop being a professional rower and that I would have to start an alternative business career.
(A interview with dr. Smoljanović you can check here.)

What has been the greatest challenge in your new career?

After rowing and sports, with clear rules and a sport spirit, it was unusual for me to encounter different interests and activities of individuals and groups in the business environment, because this was not the case in sports. However, I also learned to cope with these needs and learned how to make the maximum contribution for teamwork and achieve the best working atmosphere.

In Croatia, we have many beautiful stories of athletes who have done well in their new business environments, how important is this academic approach to sports?

The most important thing is to transfer that passion from sports into education and your career. You must be ready to learn, to continuously improve. It is a priority to have an education degree in order to have a springboard for your further career. I would mention the example of my colleague Erceg, who went from kayaking in the wild waters to stone carving and thus turned his hobby into a successful career.

The importance of the academic approach is confirmed by the famous legend Zarko Dolinar, the famous HAŠK athlete…

Sports are wonderful, but one should be aware that a sports career has a limited duration in life. It is important to think and prepare for the future, and education is of greatest importance for this. 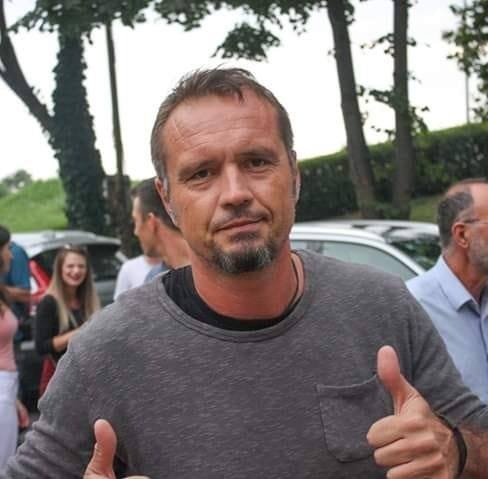