Not all stories are fairytales, this is the story of a female athlete who had to fight to be able to find a job at the end of a glorious sports career. This athlete shows that not everything is given to us an on a silver platter and that nothing is to be taken advantage of. This athlete shows us strength and determination is just as important when after racing. She has had to work incredibly hard and on her own not to end up discarded after achieving one of the best results in female rowing in Italy. 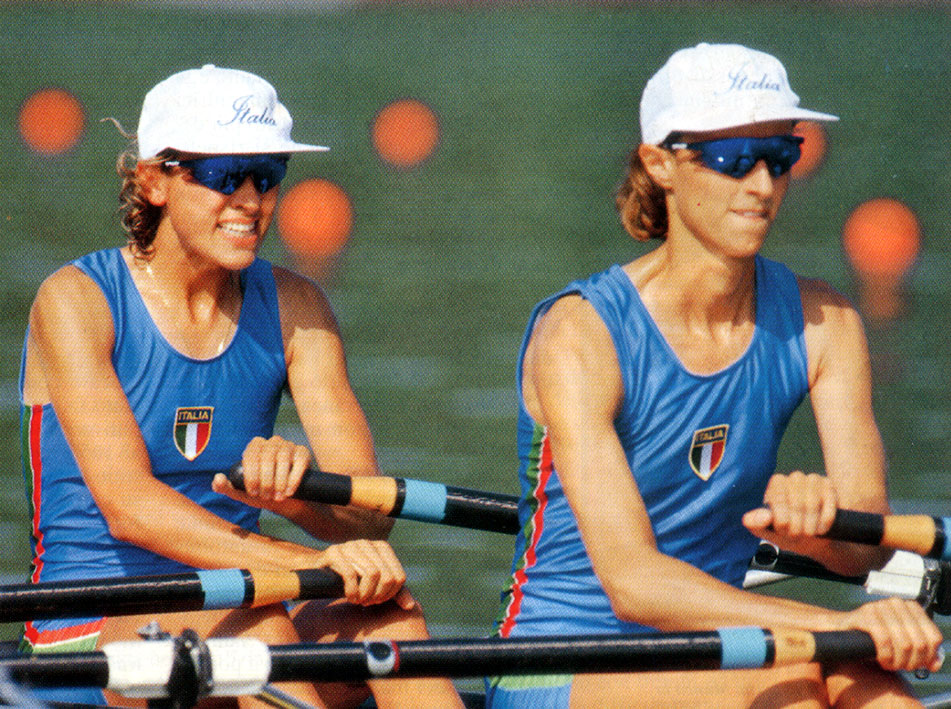 Martina Orzan, one of Italy’s best female athlete’s in rowing! Determined and disciplined, Martina and her partner have achieved the highest Olympic result in female rowing, a 4° place at the Olympic Games in Atlanta 1996 a split second from the podium. She has participated at 6 World Championships and achieved a silver medal at the Mediterranean Games in Tunisia 2001. During her rowing career, Martina became a board member of the Italian National Olympic Committee’s athlete’s Commission. She then followed on by becoming the first female to be elected to the board of the Italian Rowing Federation in 2000 and quickly rose to being elected onto the athlete’s commission of the International Rowing Federation. She is currently the sport’s director at the Saturnia Rowing Club, employed by the Italian Police Service and is the referent for projects relating to female rowing for the Italian Rowing Federation. 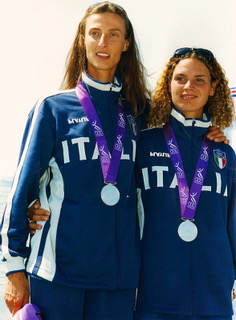 An interview with Martina Orzan

At what age did you begin to think about your post rowing career?

I began to think about what lay in store for me next after the Olympic Games in 1996 when I was 25 years old.

Immediately after the 1996 Olympics, where my partner and I achieved a historic result for Italy, the 4th place, which today has still not been reached or improved, the Italian Olympic Committee had entered into a collaboration with Adecco to help athletes enter the working world. Our Federation proposed this solution only to male athletes, many of whom already belonged to the military corps. We women had not joined the Military Bodies in the competition that year, and we were not considered. By the end of 1996, out of 6 girls who had participated at the Olympic Games, 5 quit and I was left alone. I started to feel like a second-class athlete and the motivation slowly withered away. In addition to this, major injuries affected my decision. I stopped for the first time in 1998, I started training again in 2000 and I participated in the World Championships in 2001, then the choice of a national coach for the women’s sector not approved by me as a board member, made me permanently abandon my sports career. 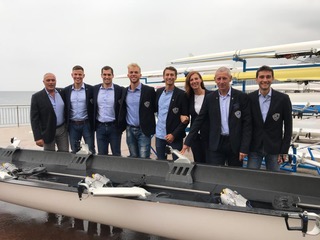 What were the greatest difficulties were that you had to face when you quit?

It was not easy to return to everyday life. The long periods of absence from home and the limited time available when I trained, gave me the possibility to live a beautiful reality, but not a “real one”. For years I lived and trained in Umbria, and I was not able to carry out my studies in university since I never attended classes. In 1998 I entered the State Police. As an athlete I was used to a totally different type of life, it was very difficult for me to accept a new kind of life.

My sister, Valentina. She was always there to support and help me.

I changed several clubs that helped me while I was still an athlete. When I quit for the first time in 1998 I had just changed city and club so there wasn’t a striong enough relationship with the club to expect a helping hand. Luckily in 2002 I was already part of the police force so I had a steady salary and job position.

Never quit studying and even if it takes longer than expected and you do it later on in life, get some kind of degree qualification!! Studying is very important and it gives you more chances to achieve in the working world which is very different to the athlete’s world. Only by studying can you then choose your future job which will make you as happy as you were as an athlete.  It is important to work on a passion that is independent from your sport’s career as it will be what you fall back on when the time comes to think about the working world. 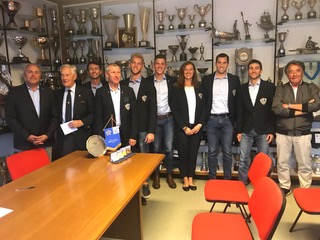