This #LegendsForever story is about Antii Nikkilä, a former basketball player with 142 played games in the Finnish national team and 695 scored points. What is his second career where he is also successful? Read it below.

Antti Nikkilä is a former basketball player from Tampereen Pyrintö. Nikkilä played 142 games in Finnish national team and scored 695 points. Nikkilä played as a center and was a strong player especially under the basket. Nikkilä interested in basketball in primary school and started to play in Tampereen Pyrintö. Later Nikkilä grew as tall as 210cm and raised to Pyrintö’s elite team to highest tire in Finland, nowadays called Korisliiga. Nikkilä played three seasons in Pyrintö and was awarded as a Rookie of the Year in 1998. After season 1998-1999 was time to start studies in Valparaiso University and Nikkilä played College basketball in Valparaiso Crusaders. After four seasons in Valparaiso Nikkilä came back to Europe and played in Greece, France, Italy and Czech Republic during 2003-2008.

After 2007-2008 Nikkilä came back to his hometown Tampere and joined Pyrintö Korisliiga team. Pyrintö won bronze and Nikkilä awarded as a Korisliiga Most Valuable Player. After this Nikkilä played also in Spain and Germany but returned to Pyrintö and Tampere. Nikkilä was one of the leading players in Pyrintö and led the team for three titles (2010, 2011, 2014).  In autumn 2014 Nikkilä was considering continuing his career and in January he made an contract with BC Nokia. Nikkilä played two seasons in BC Nokia and decided to stop his career after 2015-2016 season.

After his successful career Nikkilä has worked as an entrepreneur and he coaches young players in his Tampereen Pyrintö. 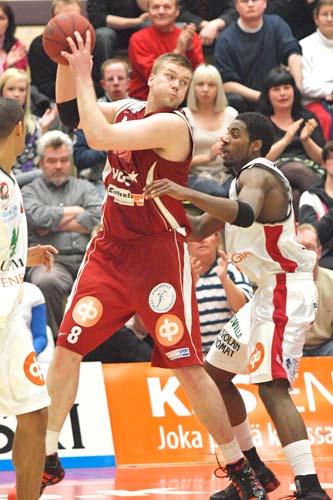 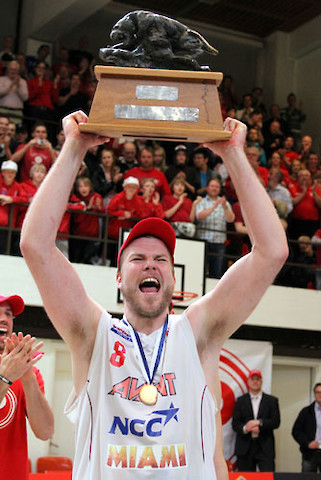 How was the transition from a life of elite player to work and what do you do nowadays?

Transition to work is for sure hard, as you have been playing as a professional for a long time. I have been working as an entrepreneur and I have taken the courses to basketball coaching. The dream is to become a professional coach in basketball.

Did you thought about your post-sports career already during your sport-career or did you focus only in sport?

I started to think about my post-sports career and life already at a young age. I decided to go first to Valparaiso University and graduated in 2003. In the United States sport and studying is easy to combine.

How was the transition from sport-career to a post-sports career? What was hard and did you felt the new challenges as meaningful?

I had a chance to buy a company already when I played my last seasons in Finland. So I did that and I was excited about these new challenges. I felt it meaningful to work as an entrepreneur, but there have been also some difficulties.

Did you got help from someone or somewhere when you quitted as a basketball player?

No, I didn’t. I would have needed some help to take a look for different options for a post-sports career.

Would you like to give some advice to young athletes related to this?

Yes. I recommend young athletes to finish their studies during sport-career and to search for help for challenges of post-sports career early enough. For example from other already quitted athletes. 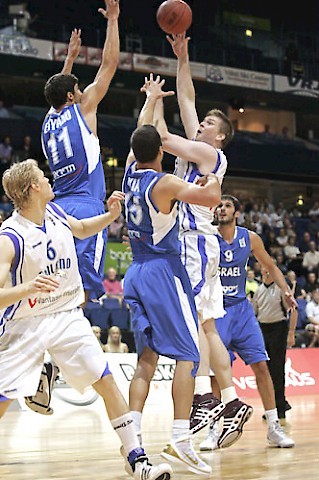