Josip Lucić judoka, General in the Croatian Army, Doctor of Kinesiology, trainer and official on various functions. Read this interesting interview and learn more about his life and tips for today’s student athletes. 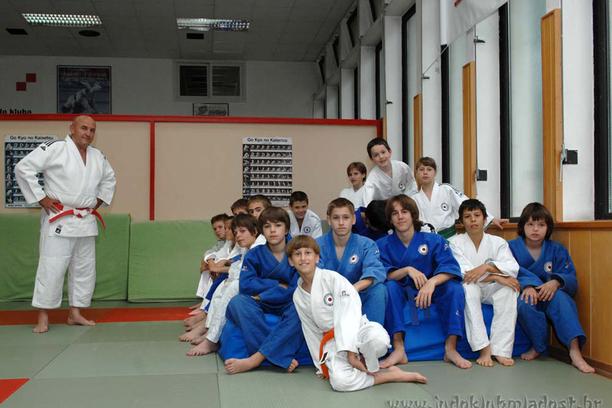 In the 80’s Josip Lucić he was a multiple medallist at the Yugoslav Championships. In 1984 he graduated from the Faculty of Kinesiology, University of Zagreb. He is a General of the Croatian Armed Forces, he was a coach at the Mladost judo club and today he is its president.

He is also the Vice-President of HAŠK Mladost, and in addition to sports, he also serves in various associations of war veterans and the military.

Tell us about your sports career, how did you get into sports?

I have spent my whole sports life in Mladost. I entered into sport in 1971 and had an inclination towards wrestling sports. When I started high school, an animator came to the school who invited young people to join the judo club Mladost, which I joined even though I lived on the other side of the city. At that time, Mladost was on the cusp of its success and very famous sports names that achieved incredible results, as Goran Zuvela European Champion, Radovan Krajnovic were members of that club. Mladen Markac was also a member of Mladost with me at that time.

The atmosphere in the club was good and I can say that in some way this life in sport influenced my further development in terms of different ambitions. The club and the HAŠK Mladost society are academic and there has always been a tendency for athletes to graduate from college and the importance of schooling was emphasized.

Until the 80s, sport was not so demanding and we did not train twice a day, 5 times a week was considered a huge number of training sessions, so people could easily achieve goals in different areas of their lives. In the early 1980s, the demands in sports became much greater. Training was required twice a day to achieve results, plus additional preparations. Until the 1980s, there were a lot of doctors and engineers in the club, and after the 1980s most of the members were studying at today’s Faculty of Kinesiology, which is close to our judo hall.

In that period, what would you highlight as a particular challenge and problem that you had in order to fulfil your educational obligations?

It was already clear by that time that it was very difficult to get into the realm of top sports results because they require an extraordinary amount of physical work which resulted in fatigue. We were all chronically tired, especially those who didn’t live very close to college and club and because the social standard was lower, we didn’t have cars, so a lot of time was wasted getting to training and college. I can actually say that I left home at 6 in the morning and returned at 10 in the evening after a full day in college and in training.

Very important for persevering in the sport was the friendship that we all had in the club. We lived from morning till night together at the college and in the club. I can even say that we were a bit disconnected from other parts of society and our entire social life were tied to the club and to sports. 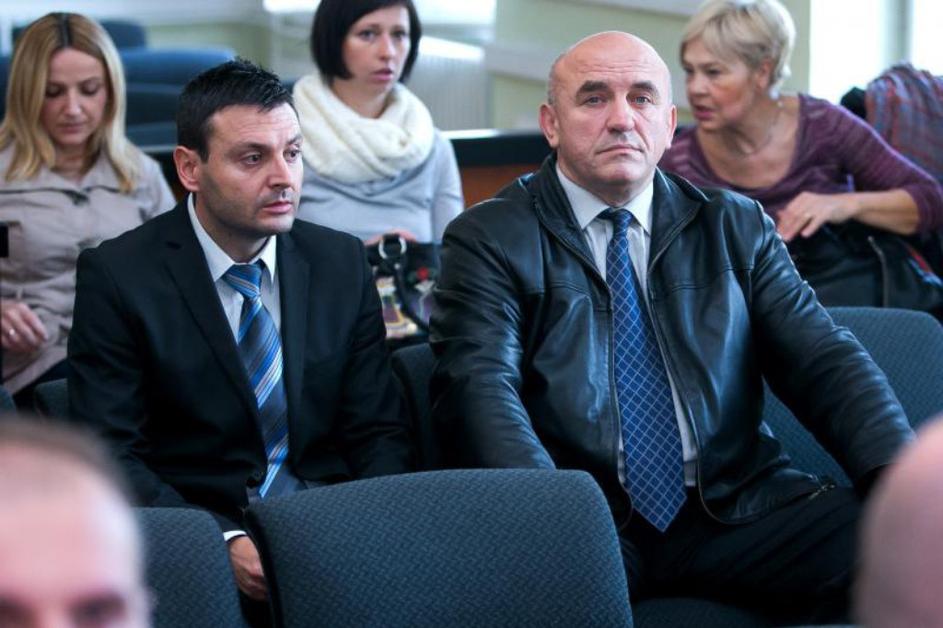 Tell us about your academic path.

When I enrolled in college, my coach at the time suggested that I select Judo as my major, and by the second year my professor had chosen me as a demonstrator in the subject of judo. The development of political circumstances in the former Yugoslavia has greatly influenced my later life. As a young man, I did not think that I would enter the space of the special police units and the space of the army, my ambition was always in the field of education and the field of sports.

In November 1990 he voluntarily joined the special units of the Ministry of the Interior through which he joined the Croatian Army.

At first, I thought our actions would be in the direction to calm down the situation, prevent protests, but unfortunately everything went in a very different ugly direction. In the process, I did very well, not only myself but many of my colleagues in judo, just because judo is a martial arts similar to warfare that is still practiced today by most people in the security services. All of these predispositions, especially organizational and communication, that I gained and developed through sports and as a lecturer in college, helped me to progress quickly and move from police structures to the military where I continued my progress.

It is important for me to emphasize that I went through all the military events unscathed in terms of responsibility, because I absolutely respected the human rights that are the basis of European principles today. My whole life was determined by sports, especially judo through which I made many acquaintances and judo instilled in me the forms of behaviour and self-assurance that helped me in the space of the military police and war. I have also gained many values ​​that have enabled me to have a quality relationship with people and protect me from life mistakes many that have not had such experiences had made. 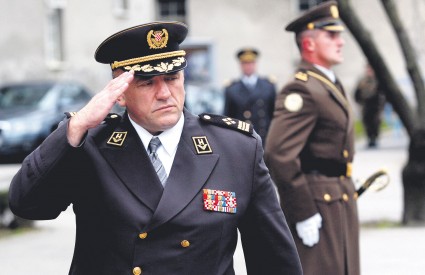 In co-operation with Miroslav Gržeta you wrote a book Judo in the Croatian Army.

Relationships in the combat sport like judo are very similar to those present in security situations and wars, where there are two opposing sides and each has its own goals and needs and it is important to be able to identify and anticipate them and choose your reactions and solutions.

What message would you have for college students or high school students today?

Today, it is too late to get involved in sports in high school or while studying at college, as only some recreational level can be reached. Today, children are involved in sports at the age of 5, 6, 7, depending on the type of sport. Sports are needed to develop all physical abilities. The message I would say is: playing sports is one of the most beautiful things in life, and when one lives one’s life to a greater extent and then remembers something that was nice, it is almost always connected to the period of doing sports, travelling, gaining acquaintances and friendships. Sport gives a wider perspective and experience in the world and everything else in life, sport makes people more humane and today is the best driver of positive change in this global world. On the other hand, the many acquaintances and friends that you make through sports will in the future be partners for the development of your careers and jobs.

As a club president and a long-time sports employee, what is your opinion on what should be enabled for students/athletes to fulfil their obligations more easily and successfully?

The student-athletes must first understand that sport requires an orderly lifestyle, it sets very high physical and mental demands, rest is needed and it is very difficult to reconcile sport with today’s way of life and entertainment. Those who want to be successful in sports and education must write a program of their lifestyle, give up some forms of entertainment, but that does not mean that they will lose something because they will gain much more through sports than they would get through night outings and staying in smoky clubs. A neatly organized life is the first prerequisite for earning college degrees, but also for making all the assumptions on which one can be successful in sports. 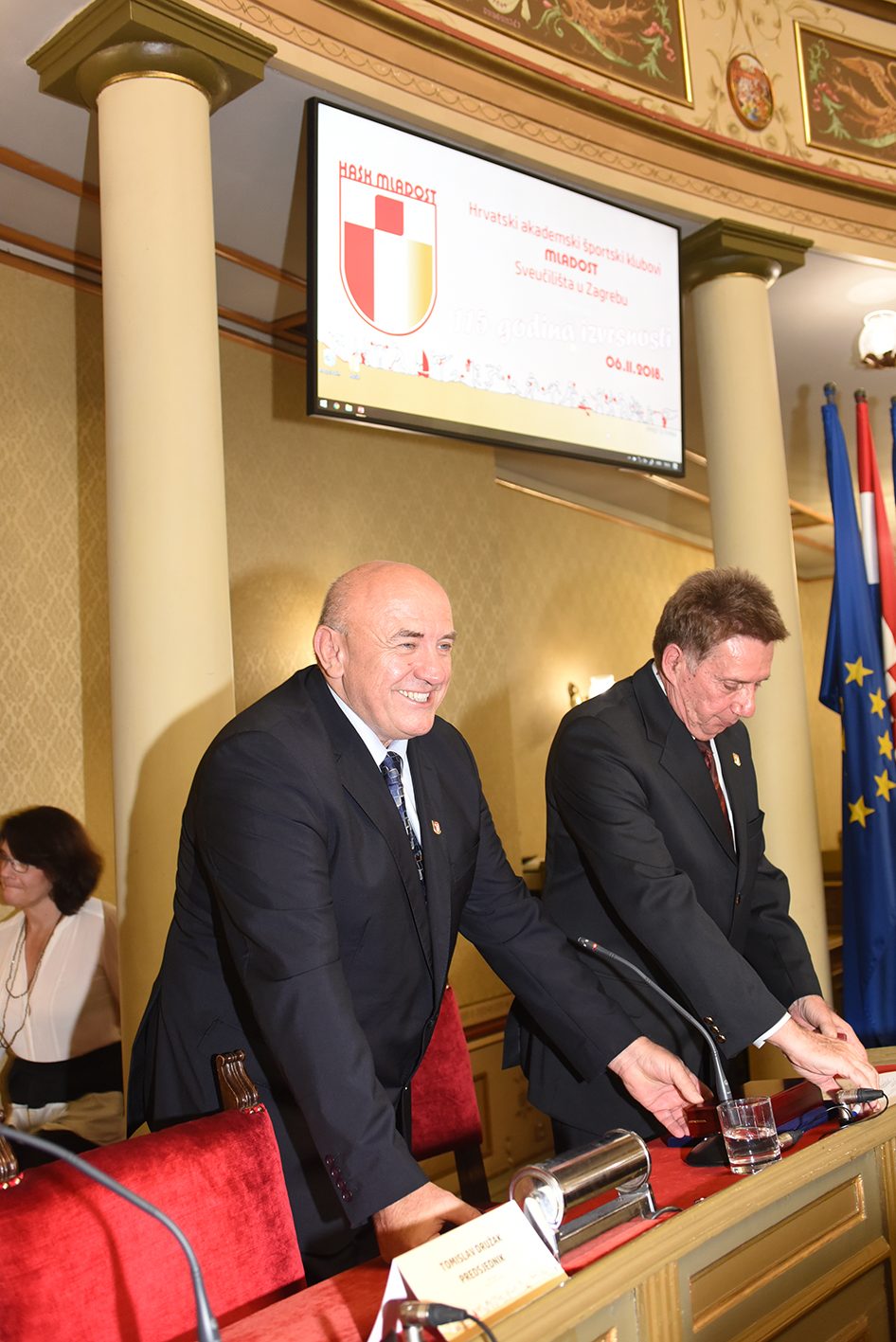