Icons of the present need to be prepared for the future
On Friday, November 15, the Career Day was held at Groupama Arena with the participation of former athletes 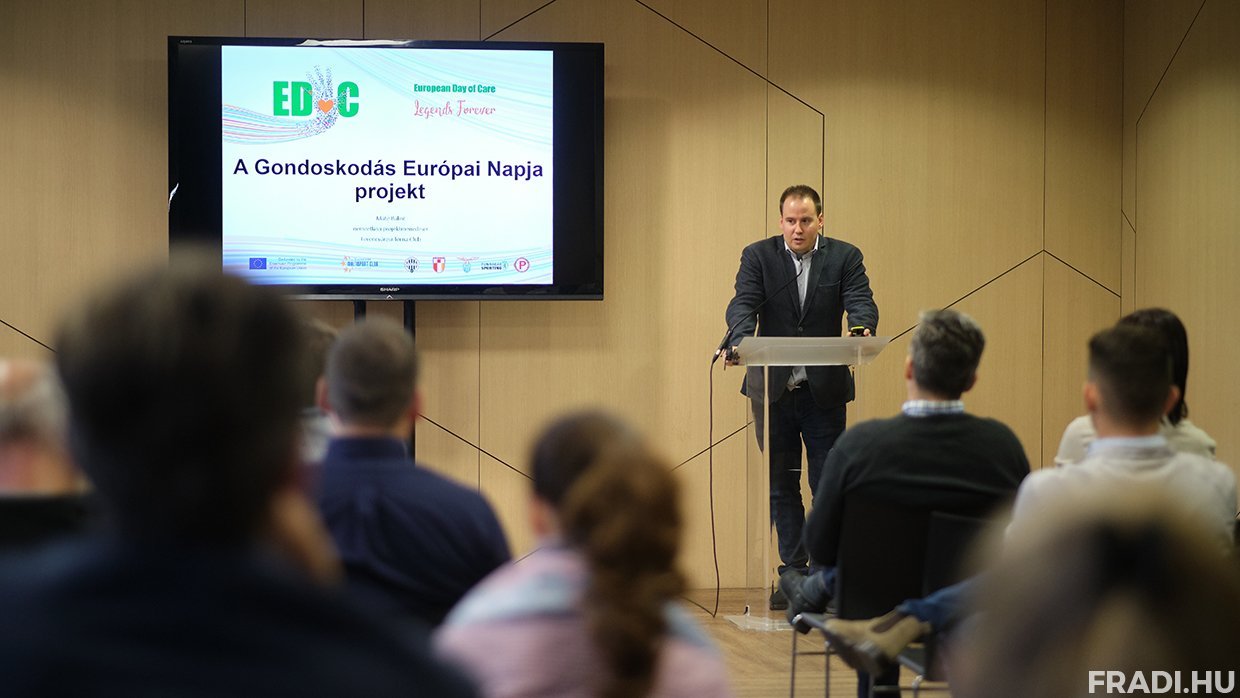 Ferencvárosi Torna Club and the Hungarian Olympic Committee with Ferenc Mező Sporting Committee, earlier proposed that July 31 should be the European Day of Care. The goal of our club was to highlight a serious problem both domestically and internationally: the challenges of athletes after their active careers, and the difficulty of starting a civilian life. As part of this program, on Friday, November 15, we celebrated the Career Day at the Groupama Arena with former athletes.

– The FTC Career Day was the official launch of the project when we wanted to involve Hungarian sports in our initiative – said Bálint Máté, International Project Manager at Ferencvárosi Torna Club. – We would like to draw attention to the fact that this is not only a Hungarian but a global problem that needs to be addressed at system level in order to equip our present icons to be legends even after their active career.
Dr Máté Jancsó, a former youth national water polo player who is now a plastic surgeon, gave a lecture at the FTC Career Day. He is a good example because of his medical studies, as he was able to react reasonably when his career has been broken due to a sports injury.

– My parents always warned me that altough sport is very important, I must have one or even more solutions, in case I’m not able to play at a high-level because of an unexpected injury – said Máté Jancsó, who was a member of the Bangladeshi Siamese twins separation surgery team. – That is why, although I played in my young ages at different levels, but I tried to make the most of my studies. This meant that I learned early to schedule 24 hours a day so that I could fit up to 32 or 40 hours of work. It was at the expense of sleeping at that time, but later I was able to make the best of it as a doctor, and I can do a one hundred percent shift with a little sleep.
Later, Zsuzsanna Friedl, Telekom Hungary’s deputy chief of human resources talked about what an organization can do to keep its employees in a good mental state. Attendees, including the ambassador of the European Day of Care project, Ildikó Pádár, or former head coach of the football team and current head of the FTC youth development, László Prukner, got a lecture on the importance of financial awareness by András Lányi former tennis player, also from the former Olympic and world champion pentathlete Attila Mizsér, who talked about the transition from active career to corporate life.

From time to time, the FTC presents the inspirational stories of a former top athlete who has proven their ability not only as an athlete, but also as a civilian, within the European Day of Care project. The first part of our series, the interview with Ildikó Pádár, is available by clicking HERE.