Cristian Daniel Ledesma, an Argentinian / Italian football player with a mind of steel and a heart of gold. Christian did not only succeed in becoming a famous and successful football player, he has also succeeded in creating his own Ledesma Academy to teach young sportsmen and women to become the best they can. In his free time, Christian also opens his heart to social inclusion projects where he works to help those in need. One of the most important social inclusion projects that he has participated in was the COLORS project and now the European Day of Care project. 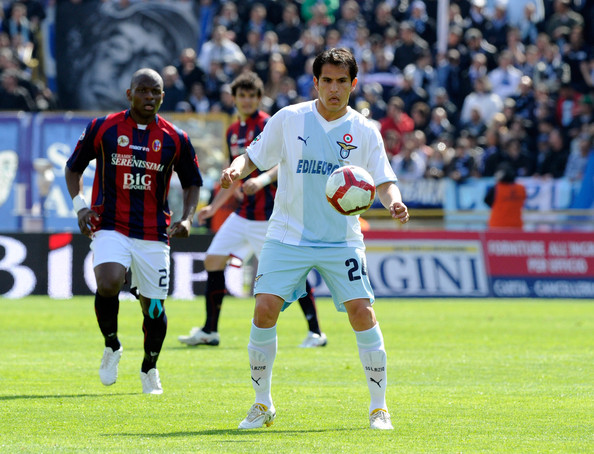 Cristian was born in Buenos Aires, Argentina in a small neighbourhood called Morón where he lived for only four years. In 1986, his parents moved to Puerto Madryn, in Patagonia taking Christian and his nine brothers with them in the search for better opportunities.

Cristian’s first team ever was the Alumni team where, thanks to his first coach Victor Padín, he began to have fun playing soccer. At the age of 14, he decided to move to Buenos Aires to continue playing in the Boca Juniors youth team and began travelling the world to compete in various international youth tournaments. It was during one of these tournaments, Bellinzona, Switzerland 2001, that he was noticed by the then Lecce sports director, Pantaleo Corvino, who did everything to bring him to the Salento team where he ended up playing for 5 years, from 2001 to 2006.

It was in Lecce that he met his future wife Marta and they had two children, Alice and Daniel.

In July 2006 he was bought by SS Lazio, after the relegation to the Serie B of the Salento Team. He participated 318 Lazio matches and scored the famous goal under the crossroads of the poles at his first Derby. He became an unforgettable captain and won 2 Italian Cups (including the historic one in 2013 against Roma), 1 Italian Super Cup, and he is among the top ten players biancocelesti with the most match participations.

From 2015 to 2018 he decided to move away from Rome and play his last matches in Brazil, Greece, Switzerland and finally Pro Piacenza.

Thanks to his dual nationality, he also received a call by Prandelli to join the Italian national team for a friendly match against Romania. 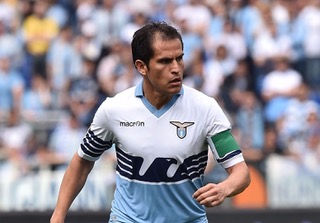 An interview with Cristian Daniel Ledesma

At what age did you start thinking about your life after your sports career?

I started thinking about my post-career when I was 36 years. This was because I had decided that year after my last football experience in Serie C that it was time for me to focus on my post-athletic career. Can you explain how the transition happened? Of course, I must admit that it happened in a very natural way. I no longer had the football opportunities that I once had and most of all, I wasn’t happy living so far away from my family who lives in Rome.

What were the biggest difficulties you had to overcome when you ceased your career as an athlete?

The one aspect that I was not used to and had to accept was the change in my daily agenda, I had to get used to the fact that I was not an athlete anymore and that I didn’t have fixed training sessions during the week and that I wasn’t going to be called to and play matches and tournaments. It was a strange feeling but fortunately I faced this new life with serenity and I am now used to it.

Who supported you the most during this time?

Without a doubt, my faith in God and my family.

Did your sports club help you when you decided to quit?

My decision matured when I was not under contract with any sports club.

What suggestions would you give to today’s athletes knowing that at some point every athletic career ends, and what could they do to prepare for this second phase?

My advice is to study and to prepare, even when you are still an athlete, in order to be a s ready as possible for the change in life as an athlete to life after being an athlete.

In my case I have always dreamed of working with the youth and therefore I prepared myself for this second phase while I was still playing football by studying and taking the exams to obtain my license as a qualified football coach. I proceeded to study the newest and best methods to approach the youth sectors and have succeeded in creating my own football academy called the Ledesma Academy, where I put into practice all the new football methods. It was this dream, that I already had as a player, and it was this enthusiasm and this concentration on my project that helped me not suffer the backlash of the end of my career as a professional athlete. Accompanying children in sports growth has always been my thing, I am happy to welcome young athletes from ages 4 to 17 and help teach them both the technical and behavioral methods to rediscover the true values ​​of football, as a team sport, for mutual help and respect of the rules and of the others, but above all to enjoy playing sport.

My mission is complete when I see the children finish a training session with a huge smile on their faces, that is when I smile and I know that I am doing the right thing and am exactly where I have always wanted to be! 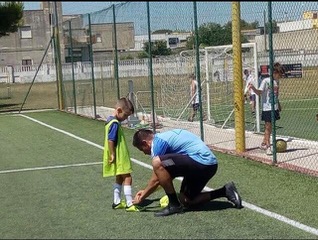