This top swimmer did not take the finish of his swimming career as the end, but as a new beginning. “Success is never as powerful motivator as is failure, because only failure leads us to the necessary changes and breakthroughs.” 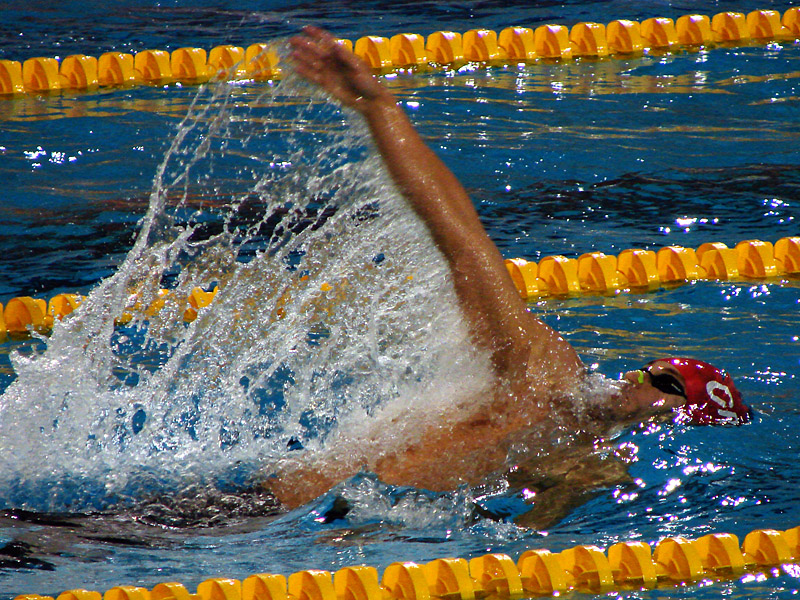 Gordan Kožulj is a former Croatian swimmer, a multiple state record breaker, member of HAŠK Mladost. In his sports career he accomplished a number of top athletic achievements, including the title of the American (1998), European (2000, 2001, 2002) and World Champion (2000), as well as the European (100m) and World (200m back in a small pool) record holder. Based on these results, he was named best Croatian athlete in 1999 by Sportske Novosti and again in 2002 by the Croatian Olympic Committee. In 1999 he was also awarded the Croatian State Prize for Sports “Franjo Bučar”. In addition, he was awarded the Order of Danica of Croatia by the President of the Croatian Republic with the figure of Franjo Bučar for Special Merits in Sports (1996), and he is also the winner of the Special Award of the Croatian Olympic Committee as the Best Promoter of Croatian Sports in the World.

During his sports career, he independently managed his career by introducing a new marketing approach to promoting individual athletes in the Croatian market, and he successfully realized numerous marketing campaigns with Podravka, Uniqa Insurance, Vindija and other companies. He also wrote columns for Iskon Internet (today net.hr) during 2001, as well as occasional articles for the daily newspapers and portals (e.g. Jutarnji list).

Parallel to his career as a top athlete Gordan Kožulj created the premises for his post athletic career: the business career and life of a top expert. Knowing that his swimming career would not ensure his existence, he accepted a scholarship from Berkeley, University of California that also has an exceptional swimming program. In 2000, he graduated in Political Economics and later on in Croatia graduated as Master of Business Administration (MBA) at the Faculty of Economics and Business at the University of Zagreb. Gordan is also a certified project manager: Project Management Professional (PMP) issued by the International Institute of Project Management Institute (PMI). 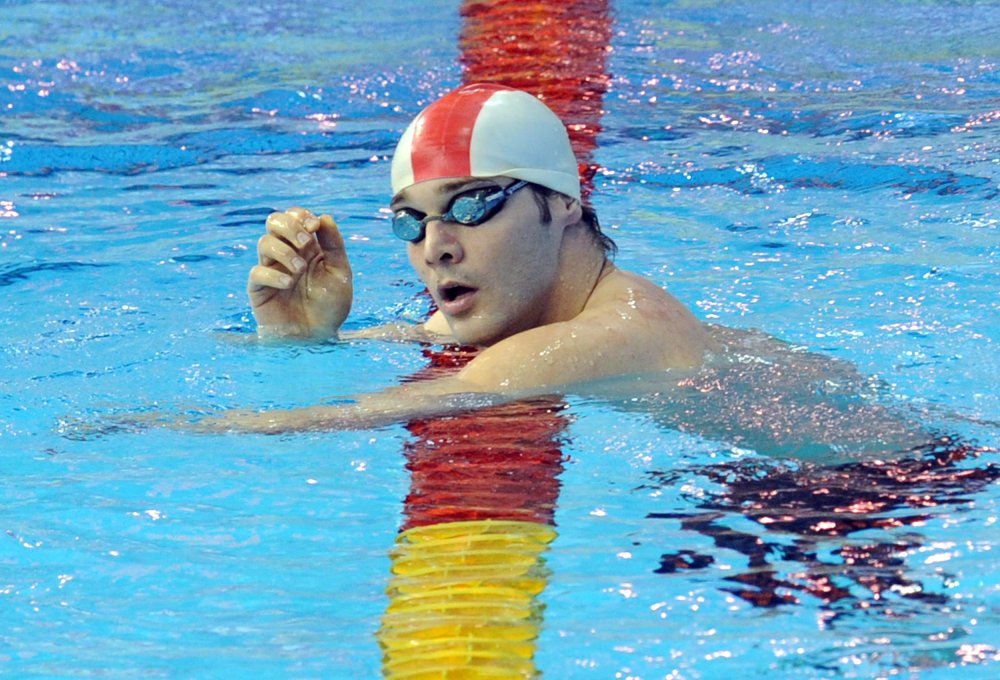 After finishing his sports career, Gordan continued his professional career as an advisor at Madison Consulting. Since 2013 he has been working in Deloitte, a prominent company in the business consulting department, where he works on helping companies and institutions in planning, developing and restructuring through solving key issues such as strategy, cost allocation, processes, and change management. As part of his expertise, he held lectures at numerous business conferences (e.g. Outsourcing Day 2015, Business in Sports – BUS, 2017) and wrote articles in business media (Lider).

He was the director of the Croatian Swimming Association and he successfully conducted the candidacy of Zagreb and Rijeka for the European University Games 2016.

From 2010 to 2019, Gordan was a member of the National Council for Sports, expert and advisory body of the Croatian Parliament for all issues in the field of sport. Furthermore, at the invitation of the Agency for Science and Higher Education, Gordan was a member of the commission for the accreditation of higher education institutions, whose task is to evaluate the quality of higher education institutions. Also, Gordan works as an expert on evaluation of project applications across Europe from the Erasmus + Sport program for the Education, Audiovisual and Culture Executive Agency (EACEA) of the European Commission.

From 2009 to 2013 he was a member of the Athletics Commission at the European Olympic Committees.

Gordan is well known public figure involved in various charitable actions and responds to most of the calls for participation, especially those related to business and sports.

Upon his return from Beijing Olympics in 2008, his career was practically finished. But he wanted to say goodbye to swimming at the European Championship in Rijeka, Croatia in front of the local crowd. Although he was aware that he could not do much despite his huge efforts, in these last months, already aware that his swimming career was in the past, he trained as if the best years in the pool were still to come.

Since returning from the Olympic games, he began mentally preparing for life after swimming. He knew that it would not be easy for him to forget so many years of sport, so he started preparing for a new life, a life without the pool and started going for job interviews.

After the European Championships in Rijeka he finally realised that his sports career was over, he did not regret the end of his career for a long time, but was expressly turning to his new life. 18 days after the end of his swimming career he started working on a new job at Madison Consulting. 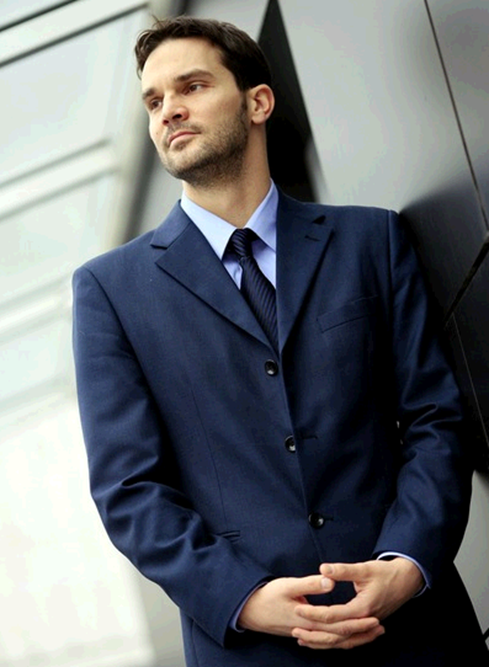 From interviews with Gordan Kožulj

On harmonizing sport and academic obligations:

I believe that it is extremely important for every athlete to think about both. The sport career begins very early, my career started at preschool age, and ends just as early (compared to other professions). On average, top athletes finish their sports careers between the ages of 25 and 30, meaning that there are still 2/3 of their lives that they need to think about and prepare for in time. Even for those who have earned enough and do not have the existential problems and the need to look for their place in the labour market, they need to find a deeper meaning and the direction for their personal and intellectual realization. That is why it is extremely important to develop all dimensions of a person: physically, mentally and spiritually.

The end of a Sports Career:

The end of a career can create a kind of PTSD. The transition is a big problem because the sports career starts very early, so the athlete remembers very little of his life beyond the sport that became his identity. If you were a superior athlete and highly appreciated, you often wonder who you are now and what your value is after these successes are gone.

Gordan has compared his business success in the world of finance with success in sports:

Success is achieved through a combination of talents and work that are multiplied by passion. In addition, every athlete, as well as a financial advisor, should be guided by examples of the best mentors and coaches, and be prepared for resignation and discipline.

He also explained the impact of sports on other parts of life:

Given that sport strengthens talent, and the person who has sport experiences, exceptional exertion and extreme conditions, this actually shows what are the weakest points of one’s character. The greatest value of sport is that it shows strong and weak sides of a person, both physical and psychological. 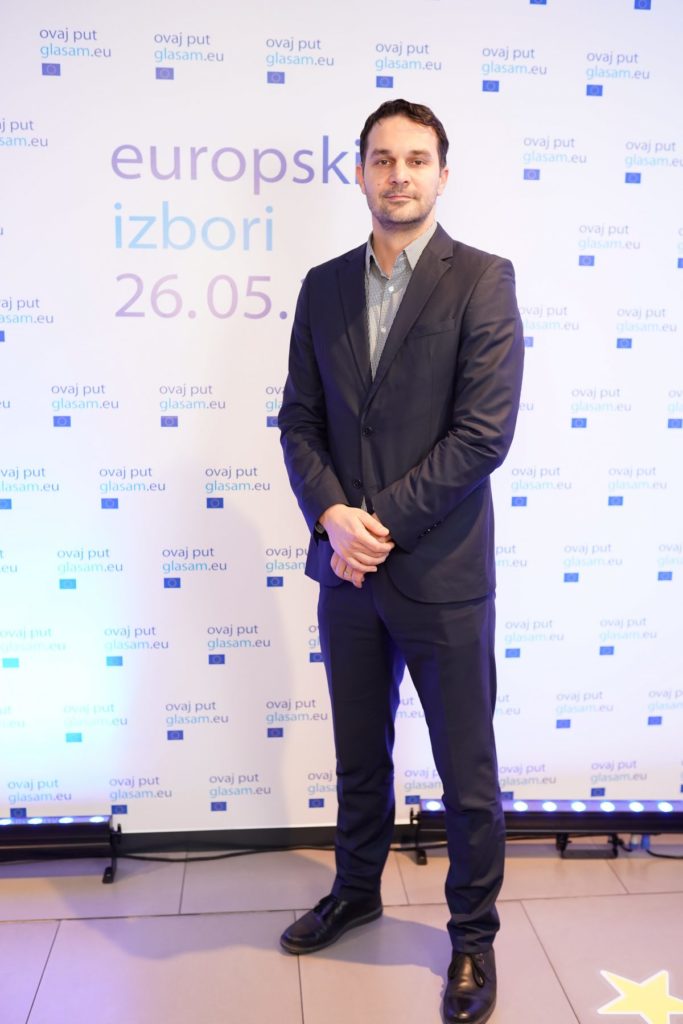