Today we have the honour of interviewing, Bruno Mascarenhas, one of the best male lightweight rowers the Italian National rowing team has ever had. Half Portuguese from Lisbon and half Italian, with a glorious bronze medal at the Olympic Games in Athens 2004. Today he is the Technical Director for the Roma Rowing Club and he has also coached the U23 National Italian team. Read the interview with this #LegendsForever legend. 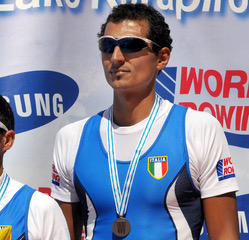 Today we have the honour of interviewing, Bruno Mascarenhas, one of the best male lightweight rowers the Italian National rowing team has ever had. Half Portuguese from Lisbon and half Italian. He has raced for both Portugal and Italy from 1999 to 2012 winning various national and international titles. He has won three world championships (one for Portugal), four bronze and a silver world championship medal. He has also won 2 European Championships and the best of all, a glorious bronze medal at the Olympic Games in Athens 2004 in the lightweight men’s four.

Bruno is now the Technical Director for the very prestigious Roma Rowing Club in the centre of Rome. He has also coached the U23 National Italian team and in his free time commentates on the European Rowing Championships. He is married and has two handsome sons. He is every athlete’s role model, a champion in sport, in his post sport career and family life. We have asked Bruno to share some of his secrets with us. 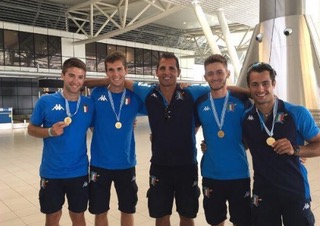 Bruno, at what age did you start thinking about your post sport career?
Generally during one’s sporting life, an athlete tends not to think about their post career as they are focused on their current sports career and successes. I in fact only started thinking about what I was going to do after my sports career when I was about to quit.

Can you explain what you experienced when you decided to quit your sports career?
Whilst winning a race in the single sculls, I realised that I wasn’t enjoying myself anymore. I ended up winning the race but I was so despondent that I didn’t even go receive my medal, I returned to the jetty, disassembled my boat and went home. Obviously at this point I had already been thinking about quitting for a few months and was ready to confront my new life. The next morning, I called my President, Andrea Tinarelli, telling him that I was ready to make the transition from athlete to coach.

Which were the major difficulties you had to face after you had quit?
I had no doubt what I wanted to do, but the most difficulty I had was a personal one, to see if I was able and prepared enough to be the technical director of the Rome Rowing Club.

Who supported you through this transition?
My wife Laura and my family especially my parents. 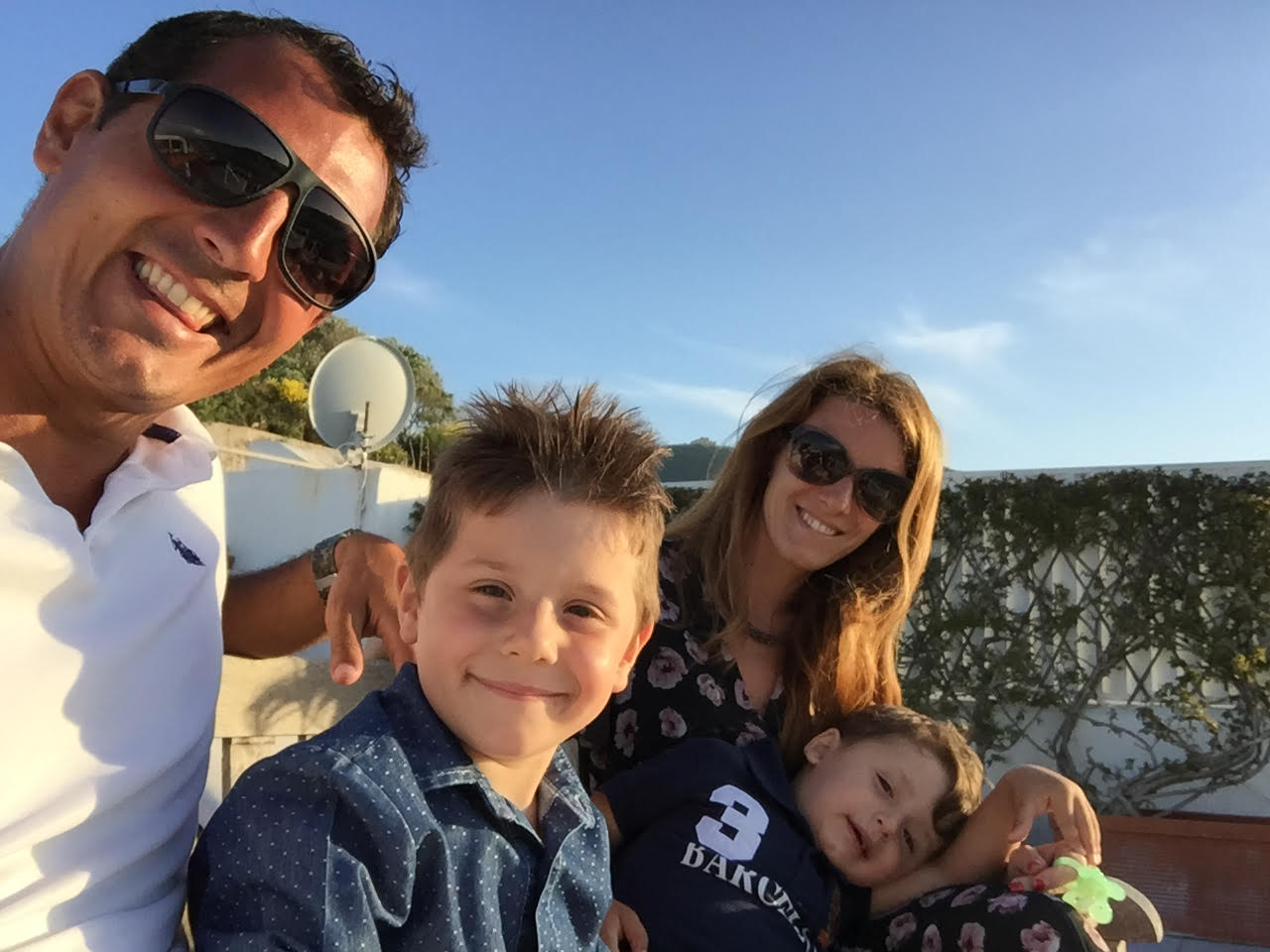 You currently work for the club that you raced for, can you tell us how they helped you through this transition from athlete to post athlete?
My club offered me the position of Technical Director, whereas I thought that I would have been offered the position of coach. To be offered such a renowned position was a dream come true. This position implied that I would be in charge of the entire sector and this motivated me to be the best I can to help them grow and become one of the strongest rowing clubs in Rome.

What advice would you give the athletes of today regarding life after a professional sports career?
I would definitely advise athletes to think about their post careers during their sports careers and not give up on their university studies. I would advise them to take advantage of the international competitions to practice speaking English or other languages that may interest them. Unfortunately, 90% of athletes quit when they’re not at their peak and this is a pity in that they are generally more remembered for their last results. This is another reason to think about your future whilst at your peak as that would constitute the right moment for post career opportunities.

If you had to do something over? What would it be?
I’m satisfied with my life and results but If I had the chance, I would definitely like to travel a little more. 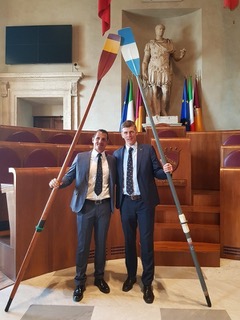