A heart touching  story of an NBA champion who ended up being homeless after his basketball career to receiveing a second chance at a dual career.

Abdul Jeelani, formerly known as Gary Cole, is the basketball player that inspired the project European Day of Care. Abdul wasn’t just any basketball player, Abdul not only played in the NBA, he was also part of the starting line-up of the Dallas Mavericks’ first NBA game in 1980 and scored the first points in the history of the Mavericks. Abdul not only played in other NBA top basketball clubs such as the Cleveland Cavaliers, Detroit Pistons and Portland Trail Blazers, he also played in Spain with CB Sevilla and Askatuak SBT and in Italy with Libertas Livorno and S.S. Lazio Basket (coordinator of the project European Day of Care). 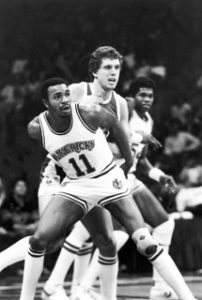 After Abdul’s successful career in 1989, he returned to his home town in the United States of America where he had to undergo three intense operations to cure his cancer. During the same period, Abdul lost his job and accumulated an enormous medical debt due to these operations, that he ended up losing his house in order to pay the bills. Friends, family and sports club abandoned him in his time of need and Abdul was forced to live in a shelter for the homeless for two years.

When the President of S.S. Lazio Basket, Simone Santi, read about what had happened to Abdul, he contacted him offering him a job as a coach within Lazio Basket. He began his professional career as a coach within S.S. Lazio that year (2011) and thanks to another EU funded program called COLORS uniting children in 27 different nations, he was also able to relate and coach less fortunate children (orphans, immigrants and other socially marginalised children) helping them towards social inclusion through basketball.

Through this second chance, Abdul was able to pay off his debts and correctly invest in a pension fund allowing him to retire in the United States in 2013 where he was honoured in the Racine Sports Hall of Fame. Unfortunately Abdul deceased young, in 2016 but he will always be remembered as he touched many hearts and is a true example of a legend for his endeavours and never giving up.

Abdul inspired our project European Day of Care and our objective in this project is to make sure that athletes never reach a point where they are abandoned by society by providing them with the basic tools and courses to be aware of the world around them learning how to tackle the difficulties of everyday life. 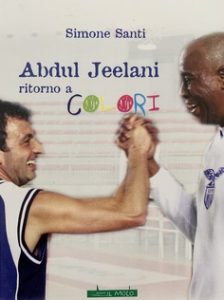 Who was Abdul to you?
When Abdul played with Lazio Basket, the team and I considered him to be an example of basketball technique and intelligence over and above always having a positive attitude and behaviour.

What were the traits that you admired most in him?
He was sincere and honest with everyone and very modest, almost shy, when it came to people complimenting him.

How was Lazio basket able to help Abdul in his post career?
Thanks to the newspapers, Lazio heard about him living in a shelter and decided to bring him to Rome to coach S.S. Lazio Basket along with other basketball centres thanks to the project “colors”. Word quickly reached the United States that he was able to coach and was offered a job in his home country at an American High School where he decided to live for the rest of his life.

In your opinion, what are the major difficulties that athletes face when they retire from their sport careers?
Athletes should learn to save most of their money and simultaneously look towards the future as a post-athlete thereby working toward choosing a second career when they retire from sport.

What do you think society could do to facilitate the reintegration of athletes?
During the athletes’ careers, their sports clubs and national sport committees should take the time to introduce athletes to other roles within the sporting world that can be assumed after their athletic careers. 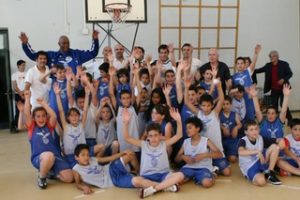