Last 14th December, teams from SS Lazio, Levski Sports for All, Olympiacos and SD Crvena Zvezda spent a fascinating morning at the Serbian Institute of Sports and Sports Medicine where they were given a tour of the extensive facilities of the institute which included the Sports Medicine and Psychology Centre, the Centre for Motor Research and Analytics in Sports and the Sports Centre. The Institute conducts extensive medical analysis of all athletes, even at grassroots level, to ensure the medical and physical fitness of athletes in all sports and at all levels of participation. It has various highly technical equipment, including a Proionic pure air system which is sterile and which provides active cell therapy.

Thereafter the delegates were treated to a tour of the SD Crvena Zvezda Red Star stadium, which included the hugely impressive museum relating to the club’s history. The museum is largely dedicated to its football history but is inclusive of all sports that are played by the club.

Following an excursion to the Avala park and museum, the teams concluded the transnational trip with a dinner with the hosting club. The Association would like to thank SD Crvena Zvezda for a highly successful and informative trip. We look forward to sharing and brain storming on more ideas in February 2020 when the teams will be hosted in Athens by Olympiacos. 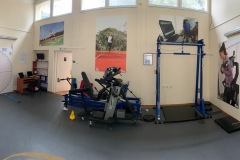 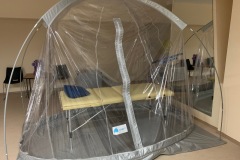 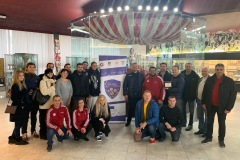 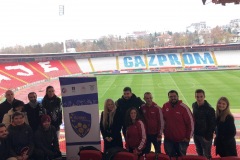 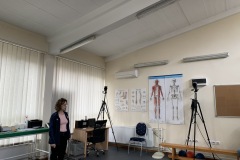