Today provided the opportunity for all 4 participating sports clubs, Olympiacos SFP (Greece), Levski Sports For All (Bulgaria), SD Crvena Zvezda (Serbia) and S.S Lazio (Italy), to meet and interact with the respective delegates, whilst at the same time being able to witness sportsmanship at its best at the semi-finals and finals of the 2019 European Football Championship for the Blind.

Hosted by FISPIC, the Italian Federation for the Blind, this championship features countries from throughout the European Union, where the players, of varying degrees of visual impairedness, wear blacked out glasses (so as to create fairness for all), and play with a football that makes a noise when in use. This, together with the assistance of their goalkeepers, who can see, and their various coaches, helps the players to know where the ball is, fellow players, opponents and goal posts are. The participating sports clubs witnessed the semi-finals, which was won by England via a penalty shoot out against Turkey, and the finals, where Spain defeated France. Congratulations and thank you to the FISPIC team, including the president Sandro Girolamo, the Communications and Marketing manager, Edoardo Marcianò, and the Secretary General, Andrea Cesolini for hosting a fabulous event, and affording the Multisports Academy participants the opportunity to attend.

The club representatives were given an opportunity to experience playing volleyball as a physically disabled person, whereby the game is played whilst sitting. The coach for from the Italian Federation for Paralympic Volleyball, Eugenia De Paolis, explained the rules of the sitting volley game and how they differ from able bodied volleyball. All agreed that this was no easy feat and required skill to be able to move over on the court whilst still hitting the ball.

We were fortunate enough to meet and hear from the awe-inspiring European Watersking Champion, Daniele Cassioli. Daniele was born blind and has played sports all his life, ultimately choosing water skiing and the slalom discipline as his sport of choice. He explained the various challenges he faced in trying to play sport over the years, and how, whilst he was told by everyone that they must treat disabled persons the same as able-bodied people, when it came to sport, disable persons were not afforded the same opportunities, or sport to play, as able bodied people. His story and journey was a poignant reminder for all as to the power of sports and how uplifting it can be for all that partake, no matter what discipline played.

Lastly the participants were given a tour of the state-of-the-art Paralympian swimming facility by the national coach for the Paralympic Italian Swimming Federation, Enrico Testa. The entire facility has been specially designed for disabled persons, from the set up in the changing rooms to special machines used to move the disabled athletes into the water.

The second day of the multisport academy was inspiring and informative and we would like to thank the European Parliament for the possibility the experiences and exchange of information regarding the sports world of different European countries. 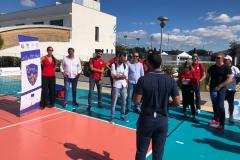 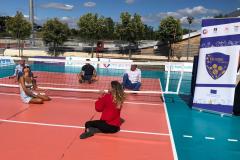 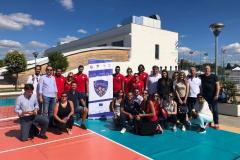 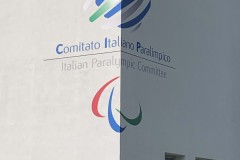 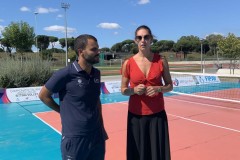 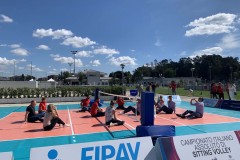 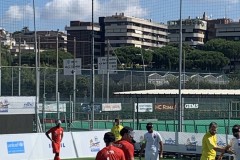